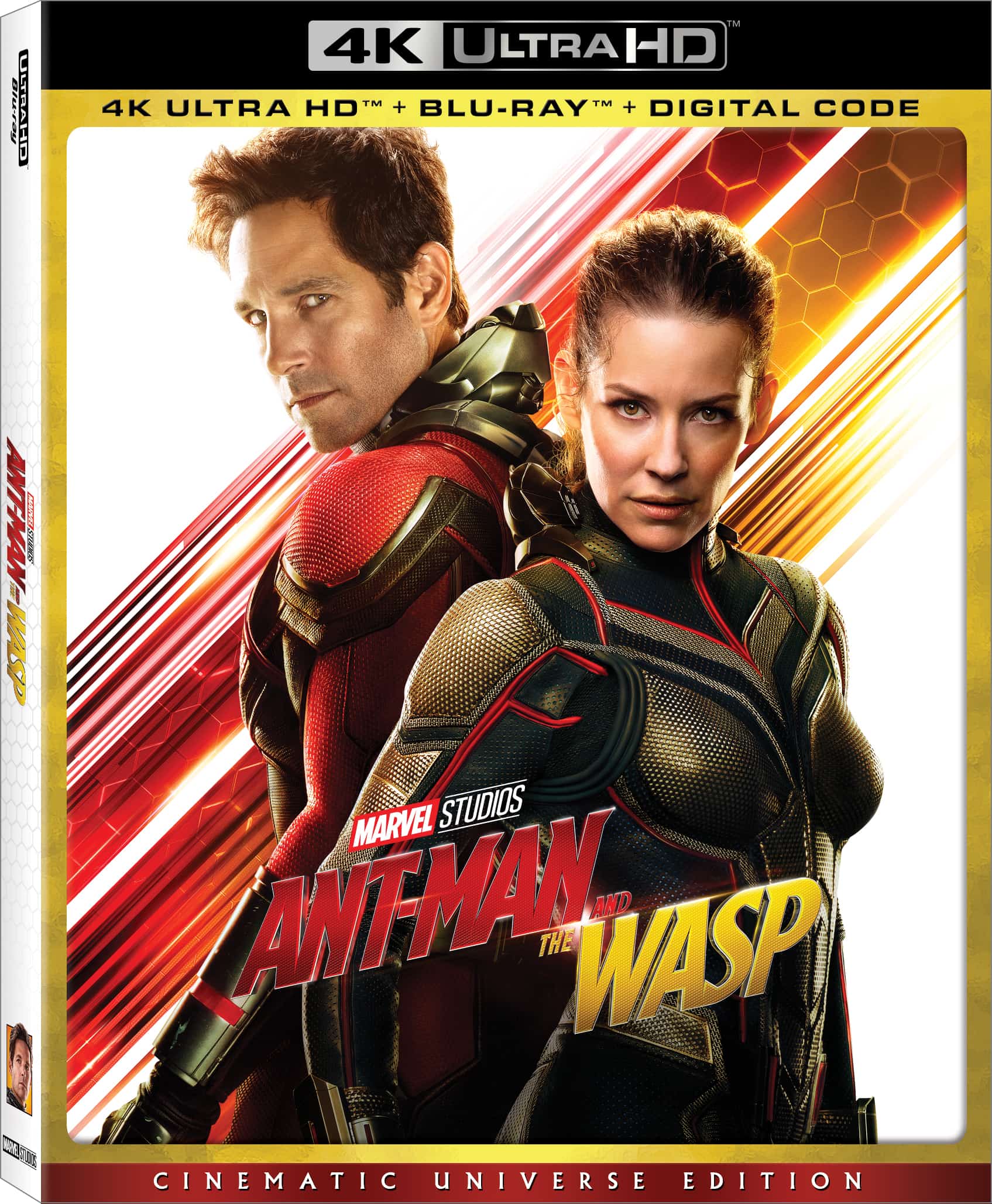 Inspired by the movie you need to check out Scott lang’s Fun at Home tips. If you click the image you will see the full sized version that is easier to read. 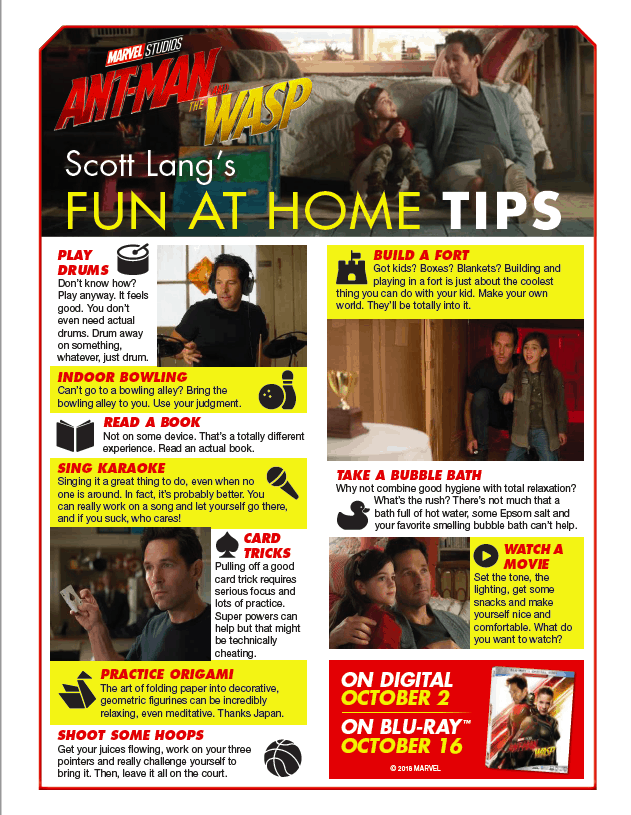 About Ant Man & The Wasp

In “Ant-Man and The Wasp,” Scott Lang is grappling with the consequences of his choices, as both the Super Hero Ant-Man and a father, in the aftermath of “Captain America: Civil War.” As he struggles to rebalance his home life with his responsibilities as Ant-Man, he’s confronted by Hope van Dyne and Dr. Hank Pym with an urgent new mission to rescue Janet van Dyne from the Quantum Realm. Scott must once again put on the suit and learn to fight alongside The Wasp, all while attempting to serve house arrest, assist fast talking-Luis (Michael Peña) and the X-con Security crew, and thwart the efforts of a new adversary called Ghost (Hannah John-Kamen) and her ally Bill Foster (Laurence Fishburne).

Exclusive extras include an up-close look at the making of the film, the tiniest Super Heroes in the world’s biggest film franchise,commentary, deleted scenes and more!

Exclusive extras provide an inside look at some of Marvel Comics’ most celebrated characters and the consummate, comedic actors who portray them in “Ant-Man and The Wasp.” Featurettes spotlight Paul Rudd, who returns as good-hearted thief turned hero, Scott Lang, and delivers big laughs both on set and in theaters; Evangeline Lilly, who transforms into The Wasp, the first female character to be featured in the title treatment of a Marvel Studios film; and iconic actors Michael Douglas and Michelle Pfeiffer as super couple Hank and Janet Van Dyne.  Viewers can explore more about the visual development artists and effects used to bring the characters to life and drastically alter the size of the Super Heroes and their surroundings. Additional extras include deleted scenes, bloopers, outtakes, and audio commentary by “Ant-Man” franchise director Peyton Reed.

BONUS MATERIAL (may vary by retailer):