I participated in the Train Bulletproof Picasso album review program as a member of One2One Network. I was provided a free album to review but all opinions are my own. #BulletproofPicasso #O2O

If you loved previous songs from Train like like “Hey Soul, Sister”, “Drops Of Jupiter” or “Calling All Angels”,  you are going to be excited to know they have released a new album that you are going to love! The new album has 12 tracks and you will really enjoy all of them.

I love Trains music. I usually keep it on in the background while I am cooking or cleaning. It’s upbeat, fun music that you can sing along with. Bulletproof Picasso

will be released on 9/16 (tomorrow) but you can pre-order it on Amazon for $7.99. There are actually a few songs that have been released so you can listen to a few songs now. It will also be available on iTunes.


Tracklisting for Bulletproof Picasso: 1. Cadillac, Cadillac2. Bulletproof Picasso3. Angel In Blue Jeans4. Give It All5. Wonder What You’re Doing For The Rest Of Your Life6. Son Of A Prison Guard7. Just A Memory8. I’m Drinkin’ Tonight9. I Will Remember10. The Bridge11. Baby, Happy Birthday12. Don’t Grow Up So Fast

The album’s first single, “Angel In Blue Jeans,” has soared to the Top 15 of Triple A and Adult Top 40 radio in only a month, joining the band’s successful arsenal of other radio-embraced singles throughout their two-decade career. An evocative video for the new song premiered on VEVO July 15th, featuring seasoned character actor Danny Trejo, who starred in the Robert Rodriguez-helmed ‘Mariachi-style’ sagas Machete and Dusk Til Dawn, among others. Hannah Simone from the hit TV show ‘New Girl’ is also featured in the clip. 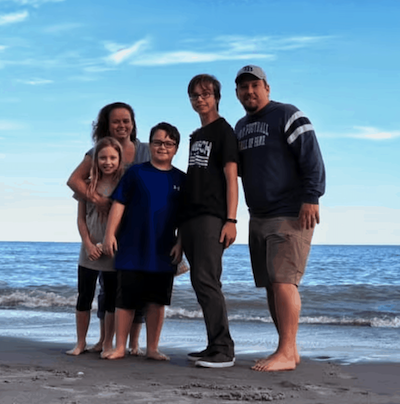