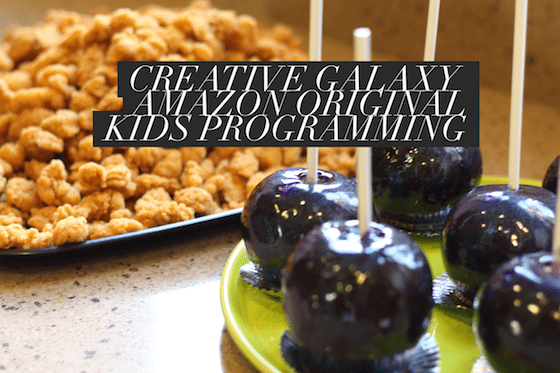 We have been members of Amazon Prime for many years. We love the free 2 day shipping. Recently we have discovered so many free shows and movies for our family that are available with our membership.

Now we are even more excited for 3 new, original shows that you can watch if you are a member of Amazon Prime: Creative Galaxy, Tumble Leaf, and Annedroids . We loved it so much that we had a party to watch the first 3 episodes. We didn’t just watch the shows, we had delicious food, did some art projects, and played games! 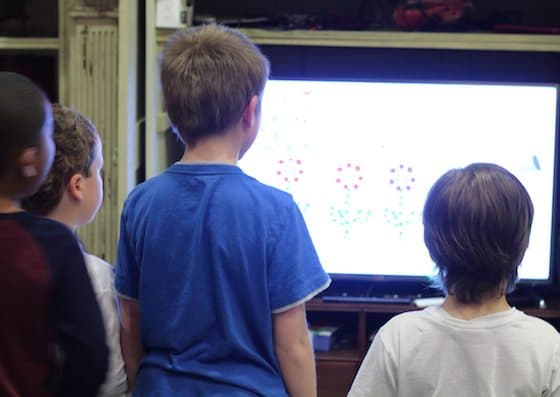 We had a wide range of kids at our party so we decided to watch the first 3 episodes of Creative Galaxy. It was a big hit and the big kids and the little all enjoyed it. The girls loved watching the shows and coloring their own pictures. A few of the families already have Amazon Prime so they are excited to go home and watch all the episode. Everyone can watch the first episode for FREE! 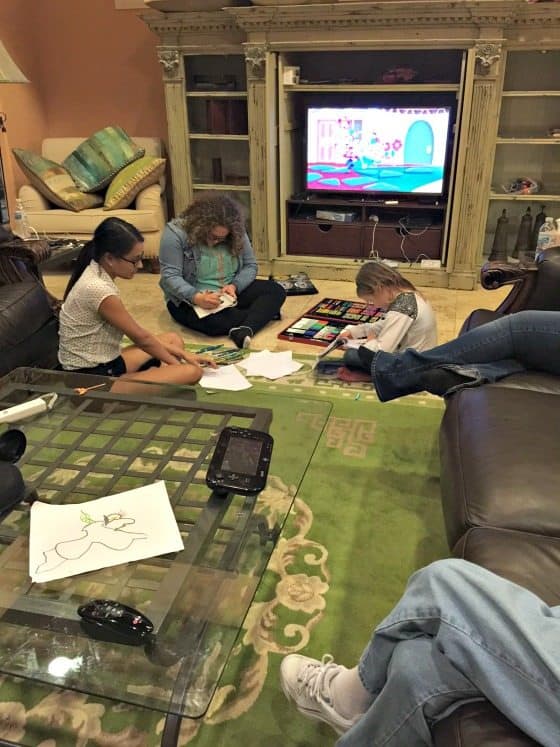 Creative Galaxy, produced by Out of the Blue Enterprises with Angela Santomero (Blue’s Clues, Super Why!) serving as Creator and Executive Producer, is a make-along, create-along, interactive art adventure series for preschoolers. Characters Arty and Epiphany travel around the galaxy to solve problems with art, inspiring creative thinking through crafts, music and dance. To give kids and parents the real-life tools they need to re-create Arty’s experience, a live-action piece at the end of each animated episode will take viewers through the craft project that Arty showcased in the galaxy.

While the girls were coloring the boys had a blast playing Neon Bowling. All you need for this fun game are at least 6 empty water bottles, neon sticks, and a hamster ball. Put a neon stick into each of the water bottles and a few sticks into the hamster ball. Find a dark area in your house and set up a bowling alley. 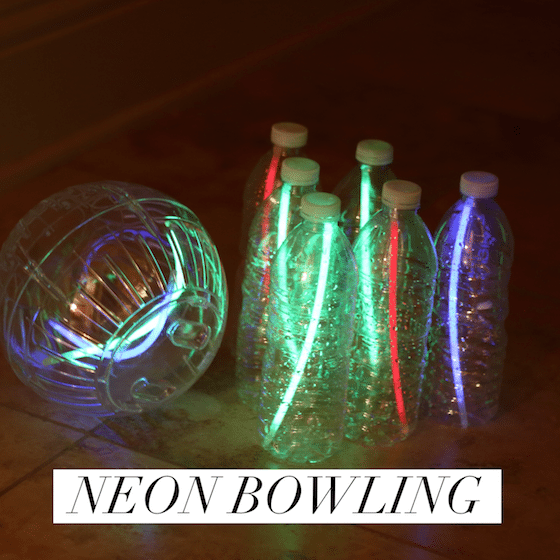 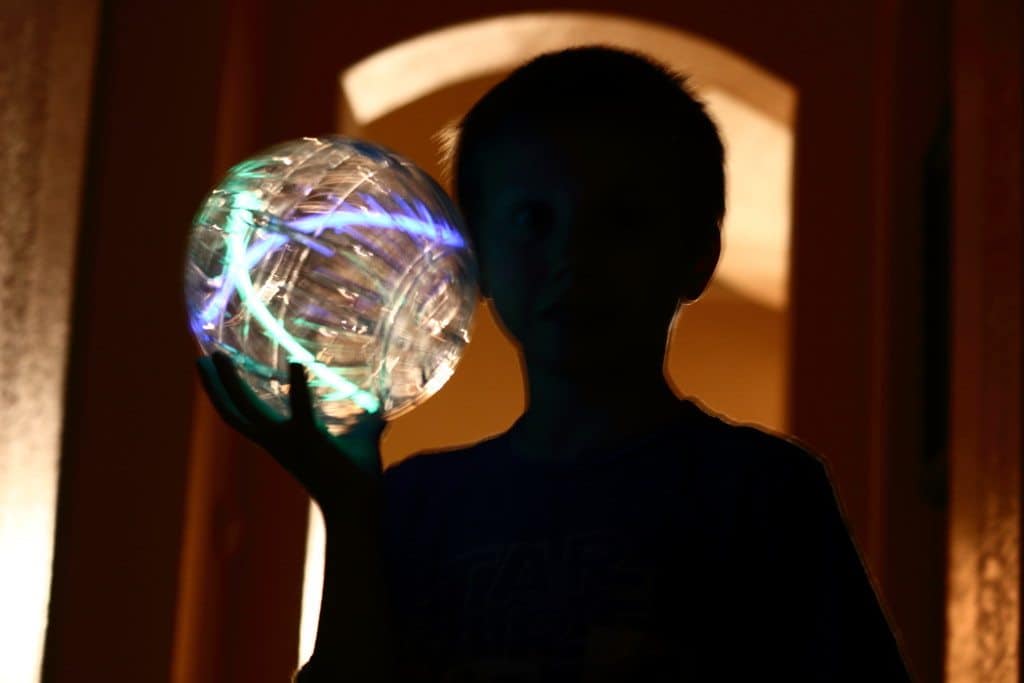 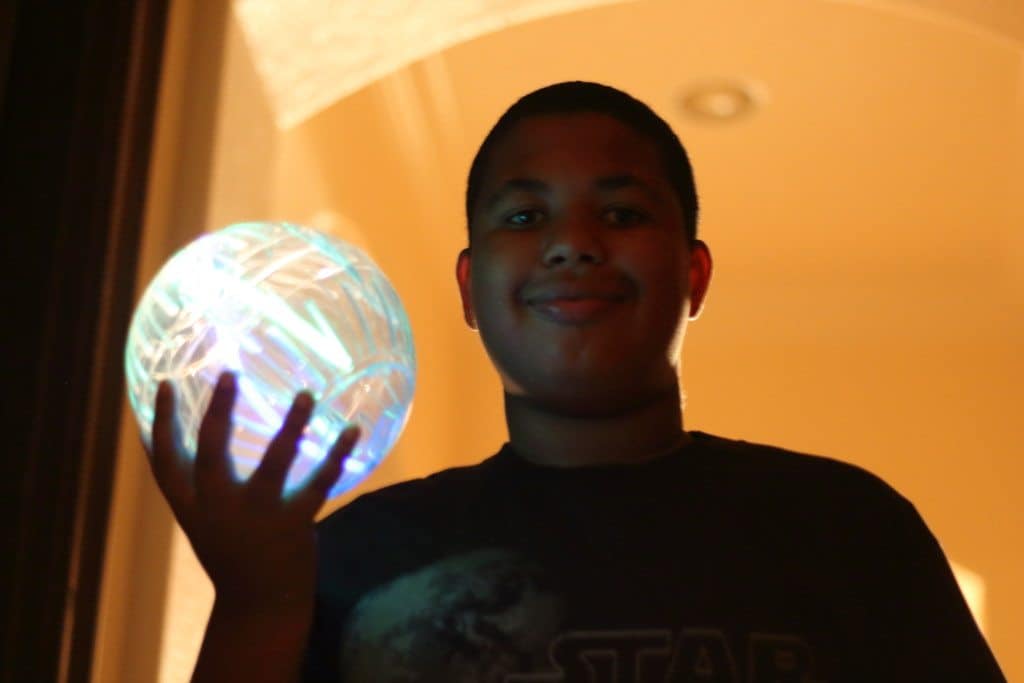 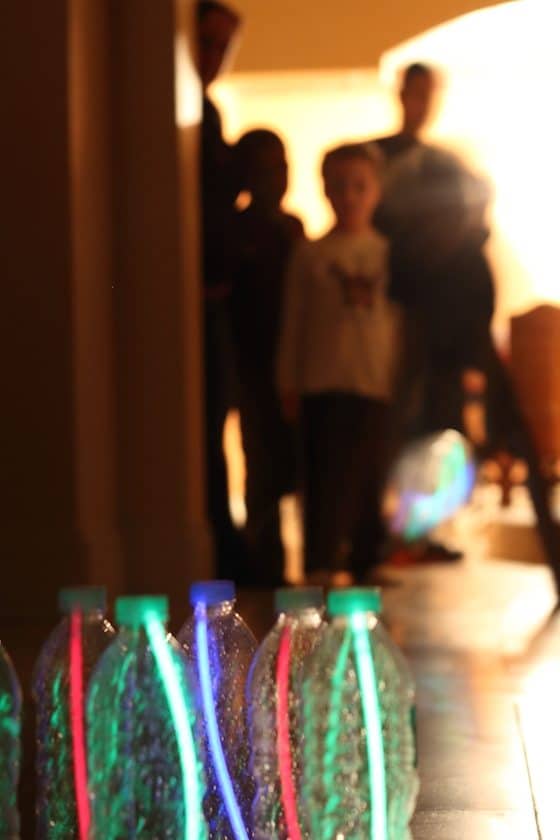 For the food we had some astroid chicken and galaxy candy apples. I had a local baker from Three L Bake Shoppe come up with this clever treat. The apples were purple with glitter. 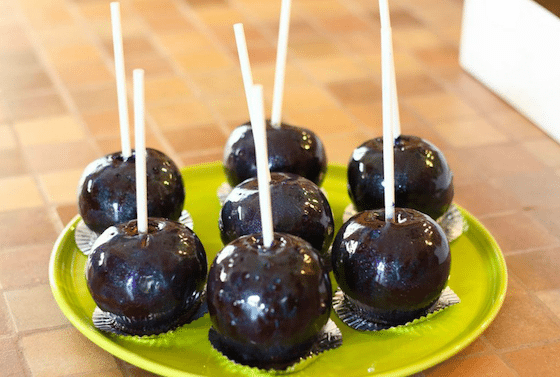 Amazon has two more original shows that your children will love.

Tumble Leaf, winner of the 2014 Annecy International Animated Film Festival Jury Award for a TV Series, is created by Emmy award-winning director Drew Hodges and Bix Pix Entertainment. The series follows Fig, a delightfully curious blue fox, and his best friend Stick, a quirky caterpillar, as they embark on a fun and nature-filled adventure, learning science through their natural play.

Annedroids, Created by Emmy-nominated J.J. Johnson (Dino Dan) and Sinking Ship Entertainment, and aimed at children aged four through seven, Annedroids is a live-action adventure series about “Anne,” a young female scientist, her human friends and their android assistants, and the amazing scientific discoveries they make while undertaking the biggest experiment of them all: growing up. The series spotlights, through trial and error, how science, technology, engineering, the arts and math (STEAM) can inspire children to do great things.

Make sure you check out one of these new Amazon Original shows. Your whole family will enjoy them! Everyone can watch the first episode for FREE!

Have you watched any of these episodes?

I love activities like this that fire up a child's imagination. Thanks so much for sharing this.

I've had Amazon Prime for a few years now too and have never watched Creative Galaxy. I think my son would LOVE it! My only gripe with Prime is that you still have to pay for many shows (the shows I want to watch anyway), so I don't watch it too much.

I love Amazon Prime. My kids are fans. I have to ask my son if he likes these shows.

Amazon Prime is great. Lots of good ideas for a party.

Neon bowling would be a blast! Love those apples, too- my boys would eat them up!