Do you have any Harry Potter fans in the family? How about Minions? Or dinosaur lovers? I’m sure there’s someone you know who loves superheroes or Transformers. Why am I asking?

Well, at Universal Orlando there are all these attractions and more for you and the family to enjoy. They even have an entire park devoted to water fun and adventure. This destination is going to be a hit with your entire family and I’ll explain why below. 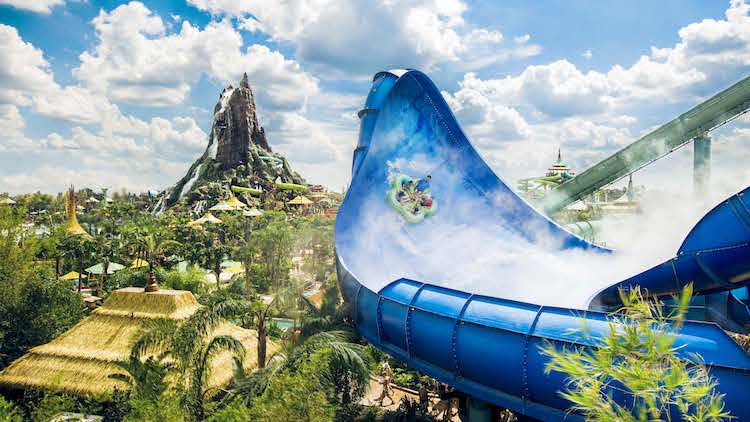 A few years ago we had the best family vacation at Universal Studios Orlando. We made a list of all the things we wanted to do, booked our tickets, bought some luggage from eBags, and we were ready to have an amazing time.

If you have never planned a vacation around a theme park – you must do it. It’s so nice to have everything you need within walking distance and you can enjoy all the rides, amazing restaurants, shows like Blueman Group, and really fun pools whenever you want. 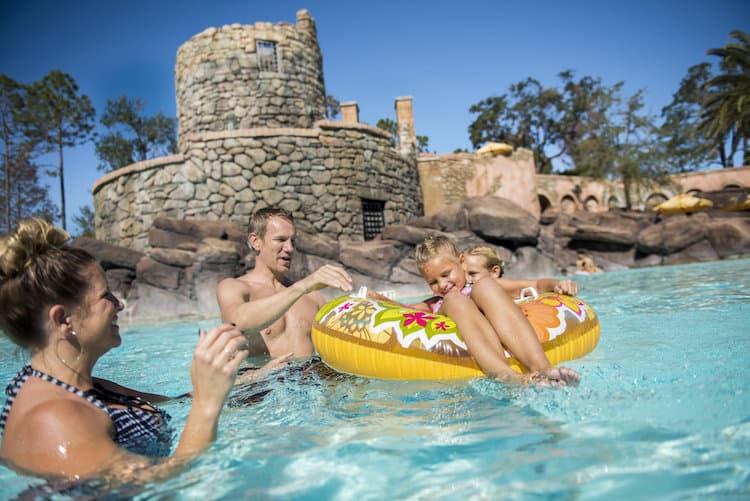 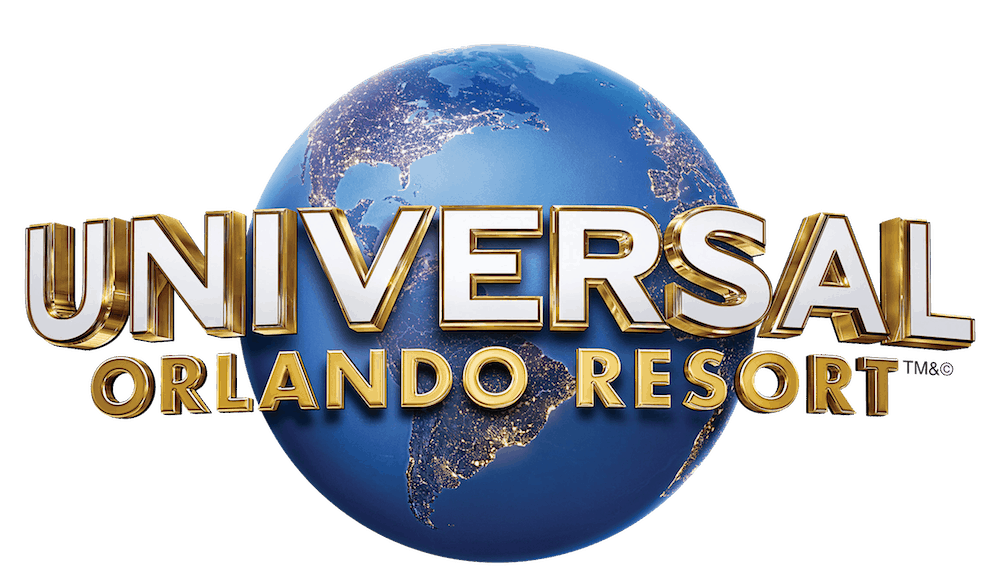 Check out some of my blog posts about our trip to Universal Orlando: 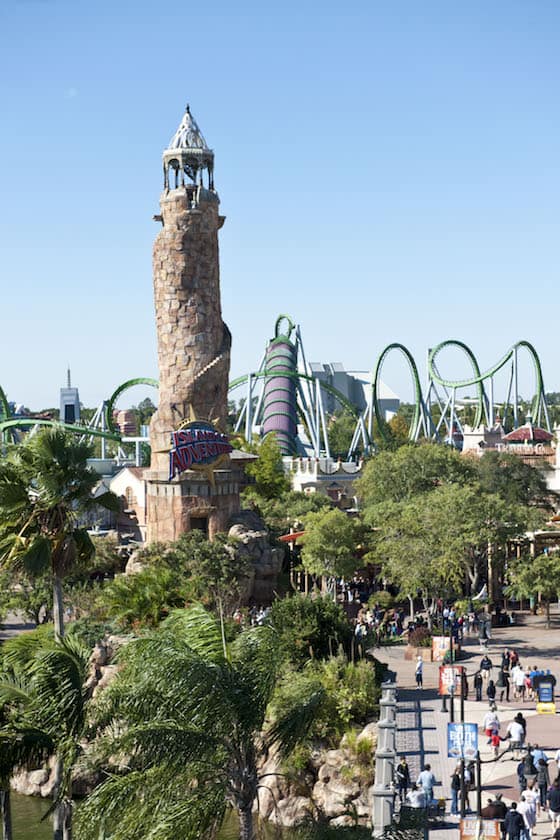 New at Universal Orlando in 2019

In case you’re unfamiliar with Universal Orlando, I have insight from the travel experts at Get Away Today regarding this amazing, complete vacation destination. Universal Orlando is actually three separate parks, each with an emphasis and about a million reasons to visit.

Did you know Universal’s Islands of Adventure park is rated the number one theme park in the world on TripAdvisor? That’s pretty amazing and they’ve actually held that title for four years! Today I want to tell you a little about each park at Universal Orlando, and what’s new for 2019.

The Nighttime Lights at Hogwarts Castle

For Harry Potter fans, or Potterheads as they’re known in the fandom, there is a dazzling nighttime attraction at Hogwarts Castle. Or, more accurately, it’s on Hogwarts Castle.

For five magical minutes, you can enjoy a light show and projections on the castle, led by the Sorting Hat. This can easily be viewed from a variety of spots around the castle, and if you miss one of the showings, there will be another in a matter of minutes. The Nighttime Lights at Hogwarts Castle typically begins around dusk and runs until the park closes. Be sure to check the Universal app for show dates and times. 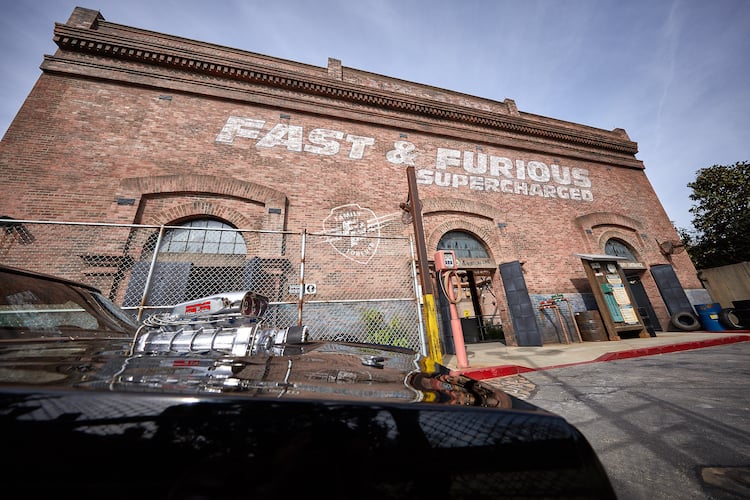 For anyone with a need for full throttle speed, visit the new Fast & Furious – Supercharged attraction in Universal Studios. The attraction, and the line itself, puts you behind the scenes of The Fast & Furious franchise. When you use the Universal app while in line, you can personalize and enhance your experience as you queue for the ride.

Through the app you can get to know the crew and play Fast & Furious trivia. Some of the street racing cars are visible while in line, and once you climb aboard the ride you’ll feel like you’re on the streets with the crew in a real cutthroat race. 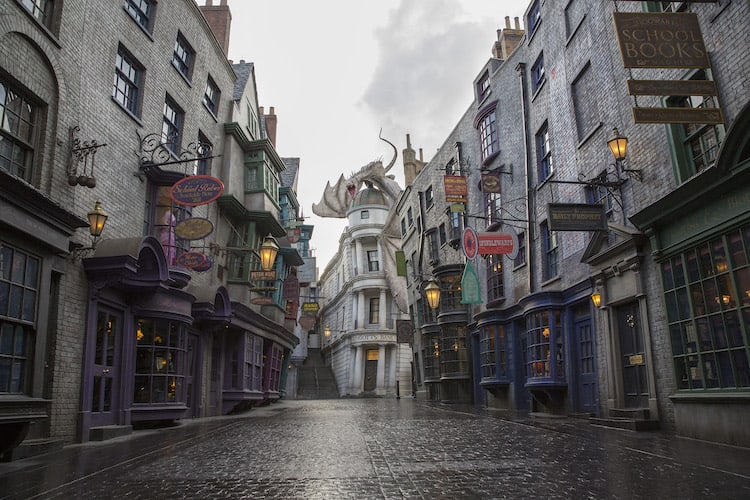 Universal Studios is home to everyone’s favorite shopping center, Diagon Alley from the Harry Potter franchise. In Universal Studios you’ll also find Harry Potter and the Escape from Gringotts, which will take you into the depths of the most protected bank in the wizarding world. Other attractions include MEN IN BLACK Alien Attack and TRANSFORMERS: The Ride-3D.

There are many kid-friendly attractions and rides in Universal Studios:

Many of your other favorite shows are represented in Universal Studios like The Simpsons, Shrek and Minions. E.T. Adventure is housed here, and it is the last remaining original attraction in Universal Studios. I’m pretty sure that no matter what new attractions make their way to Universal, E.T. is in it for the long haul!

The most exciting new attraction for Potterheads is Hagrid’s Magical Creatures Motorbike Adventures in Universal’s Islands of Adventure. This roller coaster opens June 13, 2019, and it is expected to be a one-of-a-kind experience for the witches and wizards who are daring enough to hop on a bike.

You can actually choose one of two seats on Hagrid’s Motorbike Adventure; one on the bike and one in its sidecar. The coaster will zip around the track up to 50 miles per hour, and will wind its way through the Forbidden Forest so you can catch a glimpse of some of Hagrid’s favorite magical creatures.

Since a designer from the Harry Potter franchise was involved in the creation of Hagrid’s Magical Creatures Motorbike Adventure, you can be sure it will be an accurate representation of the movies. If you dare to keep your eyes open on the coaster, look for glimpses of Fluffy, cornish pixies and never-before-seen creatures in the Forbidden Forest. 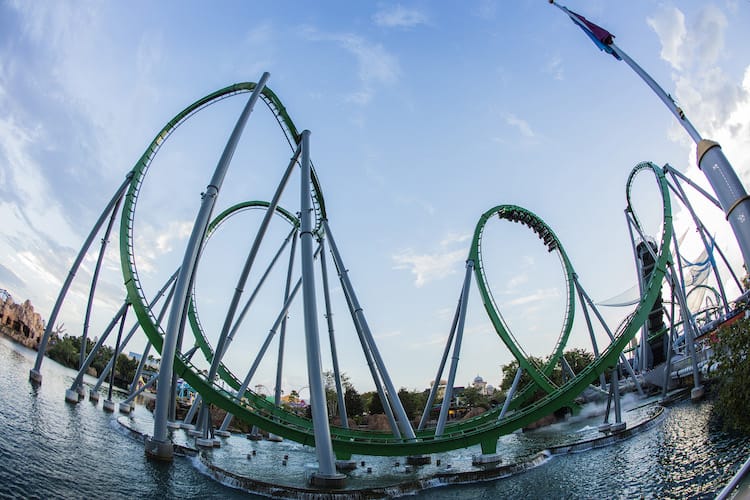 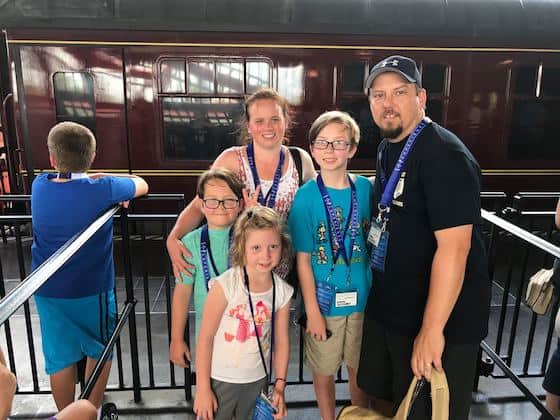 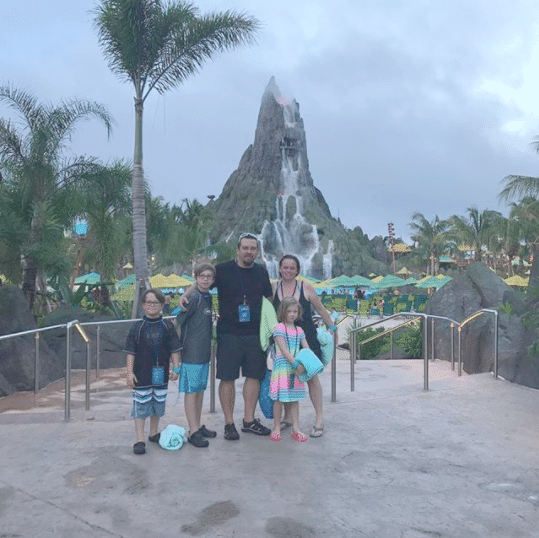 Many people don’t realize just how much fun is available at Universal’s Volcano Bay Water Theme Park. You could easily spend an entire day at Volcano Bay and still need more time to see and do it all! The only way to get into this park at Universal Orlando is to purchase a 3-Park ticket; other ticket combinations grant admission to Universal Studios and Universal’s Islands of Adventure. 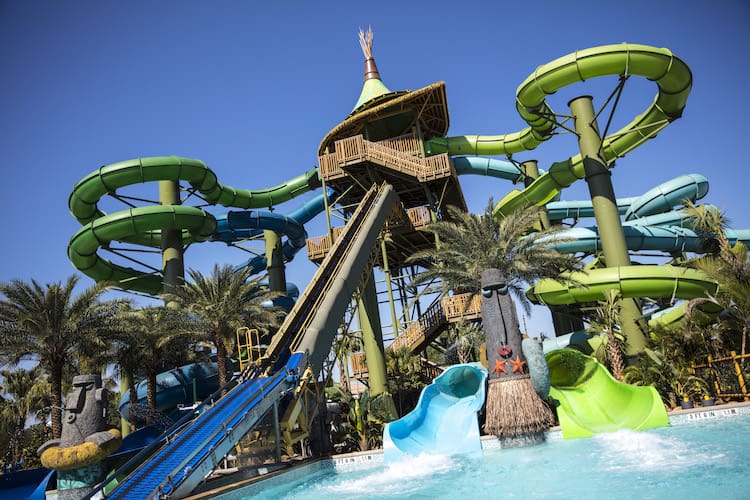 Volcano Bay features lazy rivers, zero-entry pools with sandy play areas and thrilling rides through none other than the volcano for which the park is named. It’s a great water park for all ages, and with the TapuTapu wristbands you can enjoy conveniences such as access to a locker, paying for goods and services via the mobile app and being linked to digital photos. 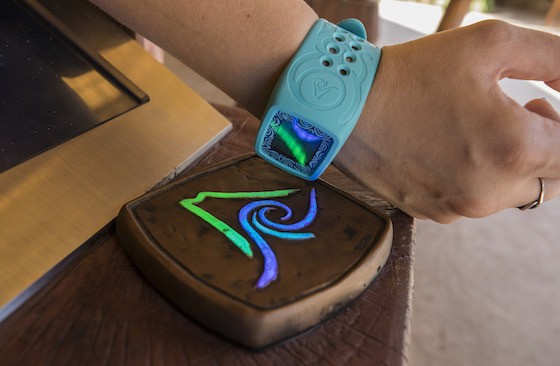 TapuTapu wristbands in Volcano Bay can also allow you to check in at a ride’s wait line, and then virtually wait in line! This means you can snag a spot in line, and then spend the wait time having a snack, sitting in a nearby pool or enjoying some shade. TapuTapu wristbands are distributed to guests when they enter Volcano Bay, and are returned upon departure. It’s such a great system to help you maximize your experience at this vacation destination.

Get A Great Deal at Universal Orlando

Besides the huge discount on Universal Orlando tickets, keep in mind that you must purchase a 3-Park ticket option if you want to include Universal’s Volcano Bay in your vacation. Any of the 2-Park options will only allow entry to Universal Studios and Universal’s Islands of Adventure.

You can see all the Get Away Today package options online at www.getawaytoday.com, or you can give their agents a call at 855-GET-AWAY. When you book with Get Away Today, let them know Saving You Dinero sent you!