Make plans to see Clay Cooper’s Country Express at the Clay Cooper Theatre in Branson, Missouri. It’s a fantastic show with live music and comedy that the whole family will enjoy!

Did you know that Branson Missouri has many world-famous music shows? You can see just about anything – but with only a few days to visit, you have to pick out the best Branson shows.

On the first night, we had the opportunity to see Clay Cooper’s Country Express. This show has everything! You will laugh, sing out loud and catch yourself dancing in your seat.

Just because it has “country” in the name doesn’t mean the show is all about country music. It is a show with a variety of songs from Queen to N’SYNC. Of course, the show has some country songs but you will be completely entertained with everything they have to offer. 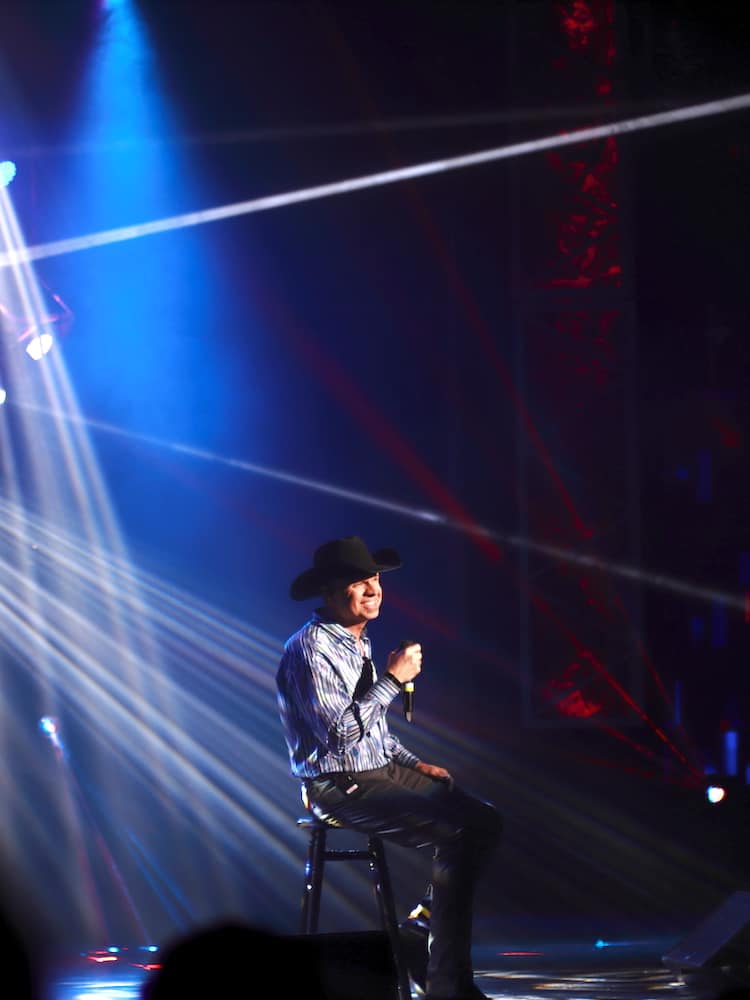 To be honest, I just thought this show would be some people singing songs from a few genres. And maybe a little dancing. I did not expect to laugh as much as I did during this show.

When Clay comes out and interacts with the audience it’s amazing! He has such a great personality and it shows as he talks to the people in the front rows. He was telling jokes throughout the whole show. He’s very witty and can turn any comment into a big laugh. 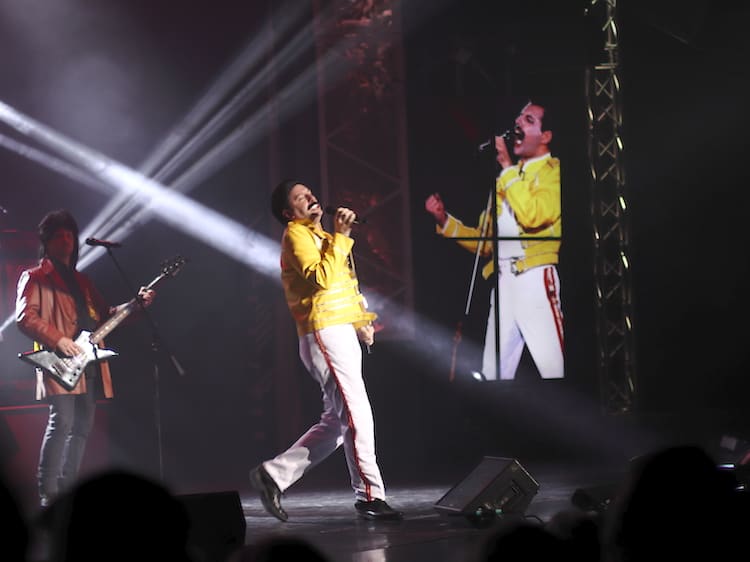 His sidekick, comedian Matt Gumm, is just as funny! He does some impersonations and comedy routines with so much energy. His range of impersonations and the ability to keep a straight face while interacting with Clay Cooper is amazing.

We went to a Sunday night show and we were so impressed that he is also the worship pastor at Clay’s church and then spent Sunday night entertaining us and he didn’t miss a beat!

You can just tell when a band works so well together that they can play anything at any time and make it work. The live band kept up the beat and we were dancing in our seat as they went from one song to the next!

I have heard that sometimes Clay likes to change things up and even though it’s not what the band was expecting to play, they make the seamless transition from song to song! 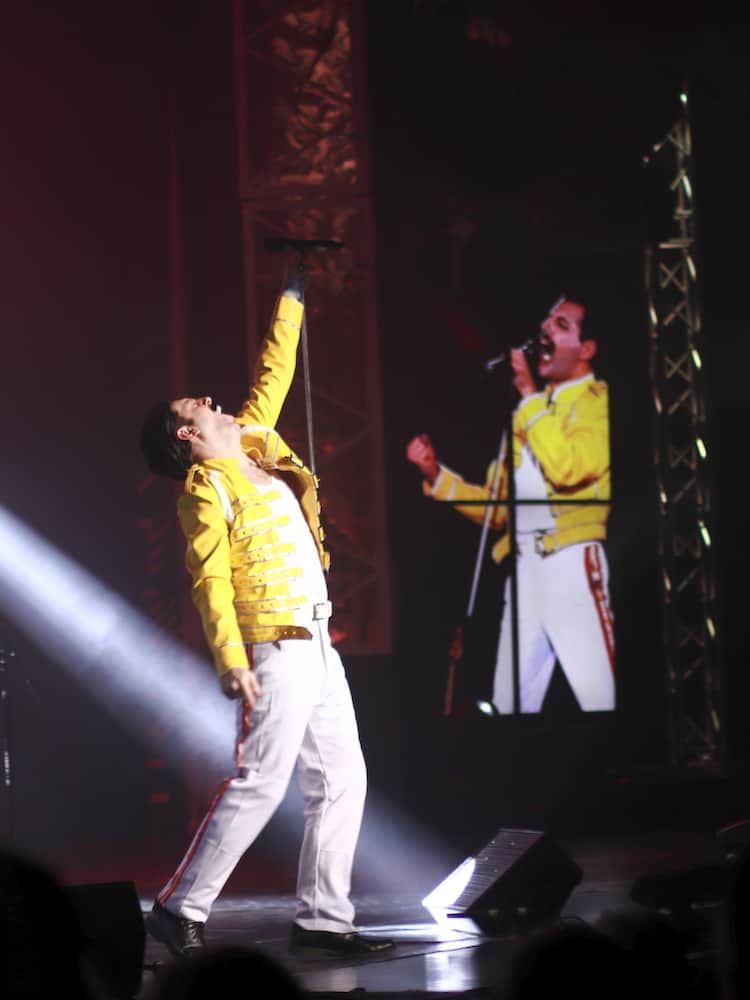 This show is a little over 2 hours long with an intermission but it flies by because you are so entertained! After the intermission, they come out and do a set of several impersonations from country, rock, and pop artists. The costumes and dance moves were on point for everyone they were impersonating! It was incredible….I didn’t want it to end! (That’s Matt Gumm – not Freddie Mercury!)

The stage is full of talent! There are 11 Dancers, a Male Trio – Third Power, and Comedian Matt Gumm! Clay and Tina’s boys are even part of the show and you will also find Colton and Caden Cooper helping in the concession stand or wherever they are needed! Clay Cooper’s Country Express has something for everyone with 24 entertainers on stage. 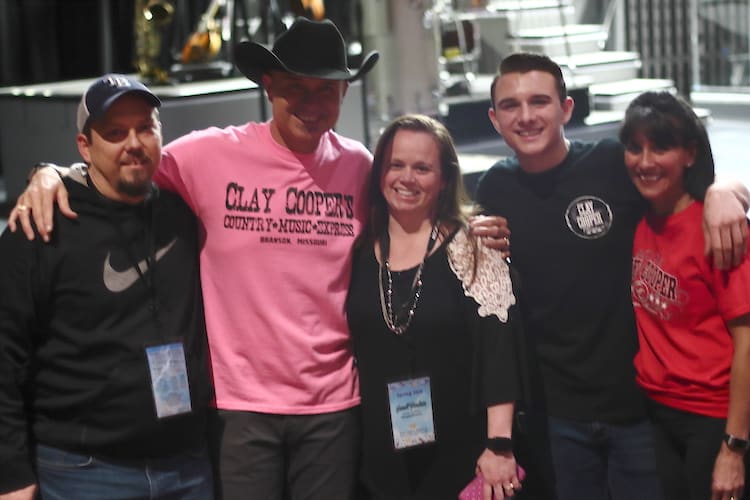 Like I have said before, it’s not just Clay Copper in the show, his wife Tina and his boys Colton and Caden are also part of the show. This is a very talented family. Clay and Tina do a spectacular and fun duet during the impersonations part of the show. Make sure you stick around after the show because Clay hangs out after every one of his show, to greet the audience and meeting new fans!

This show will entertain people of all ages with songs from all generations, clean jokes and comedy skits that the whole family can enjoy. We can’t wait to get back to Branson with our whole family and I really think this is a show my kids are also going to love!

Grab your Branson show tickets to see Clay Cooper’s Country Express as soon as you arrive in Branson. At this Branson theater, you can grab some popcorn and a soda to enjoy during the show!

The Clay Cooper theatre is located on Hwy 76 across from the Titanic Museum. Click here to purchase your tickets.

If you visit Branson in November or December, Clay Cooper’s Country Express features an Ozark Mountain Christmas Celebration that has become a “MUST SEE” in Branson. The first half features highlights from their regular season show, and the second half is all Christmas! This is one show you DON’T want to miss!

Check out my other blog posts about our Branson Vacation: