My daughter has been begging to make churros. I didn’t want to deal with the mess of oil so I procrastinated as long as I could.

So we mixed up the batter and got the cinnamon sugar ready. I heated up the oil and cooked a few batches in the oil. And they were kinda gross. They just felt heavy and with all that oil it had so much cinnamon sugar on it.

So I grabbed my air fryer and after the first batch came out they decided they liked the air fryer churros much better. They were crunchier and had just the right amount of cinnamon sugar on them. (The next batch will be dipped in Nutella!)

Click here for the printable recipe for air fryer churros. 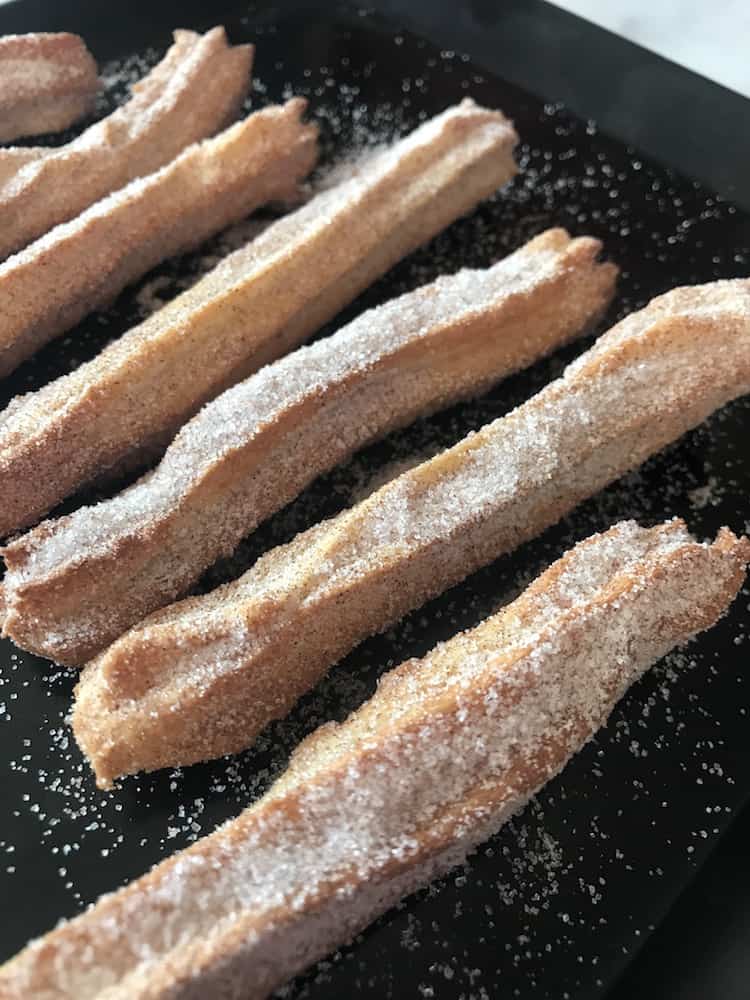 This recipe makes a lot of churros – about 4 dozen depending on the length of the churros.

Have you made any other fried desserts in your air fryer? Please share them in the comments!

Looking for more Air Fryer Recipes? I have 4 yummy dinner recipes you can make for your family. 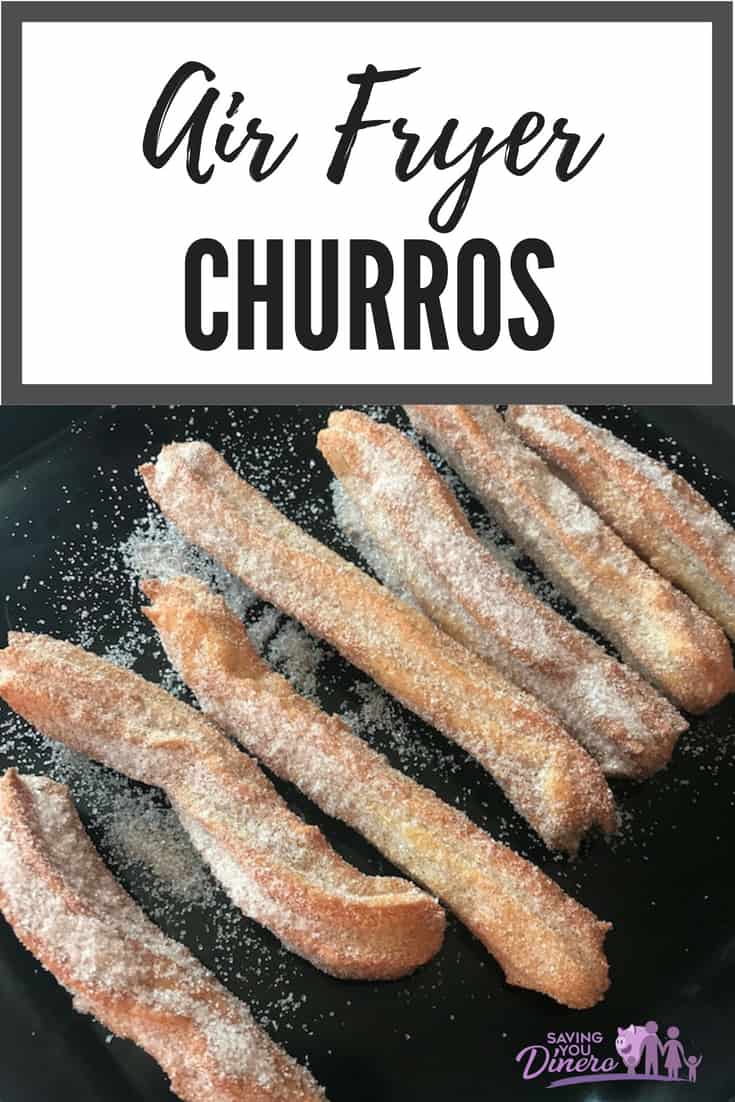 I have NEVER had a Churro... but I will now! Thanks for the recipe!

First I have to win an air fryer. No money in the budget right now.

Love churros! Great to make these in an air fryer.